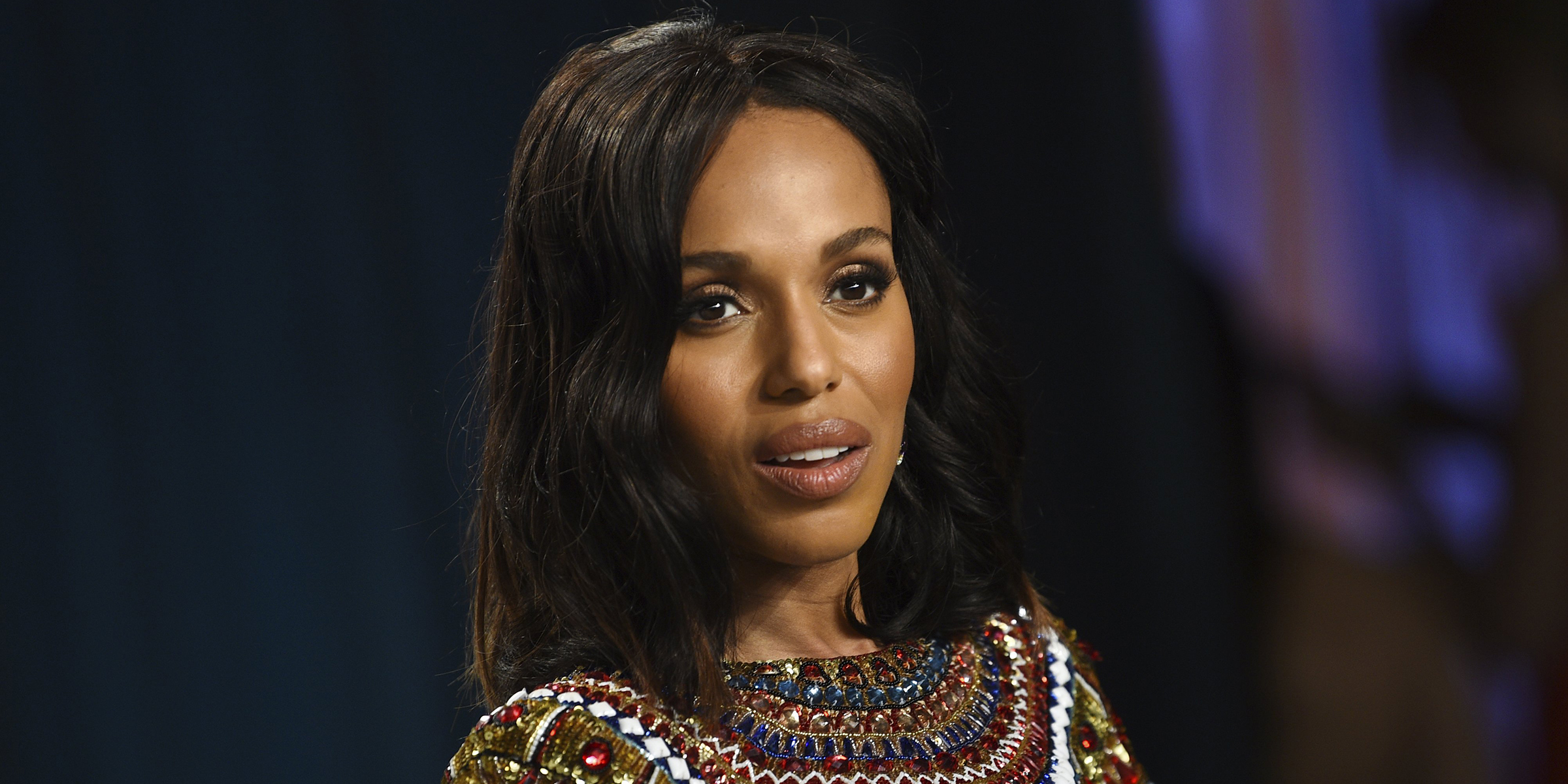 If you’ve been devoting a lot of your time to protesting against racial injustices and participating in the Black Lives Matter movement, taking care of your mental health might be slipping on your list of priorities. It’s understandable—after all, there’s a lot of work to be done in supporting this movement. But Kerry Washington and Kendrick Sampson are reminding you just how important it is to take care of your mental health along the way.

© Rich Fury/Getty Images/VF20/Getty Images for Vanity Fair “Take care of yourself and then work for justice for others.”

The duo recently got together in an Instagram Live session (which you can still find on Washington’s main feed) for a candid conversation about taking care of yourself as you put in the work to learn about and fight against systemic racism and racial inequality.

The video starts with Washington leading her followers through some guided yoga, complete with deep breathing exercises and stretches. Around the 20-minute mark, she begins her conversation with Sampson. In addition to playing Nathan on the HBO show Insecure, Sampson is the founder of BLD PWR, an organization that encourages Hollywood stars to use their platform to advance radical social change.

Over the past couple of weeks, Sampson has been leading Black Lives Matter protests with BLD PWR in Los Angeles and sharing his experiences from the demonstrations. In a recent tweet, he spoke about being hit with multiple rubber bullets and getting beaten by police with batons. Understandably, the aftermath of these incidents has taken a toll on him mentally, Sampson told Washington. “I was waking up with a lot of adrenaline and wasn’t able to sleep much this week,” he said in the video, adding that he’s been experiencing bouts of anxiety.Kendrick Sampson✔@kendrick38

Glad I y’all witnessed this. Esp the video of them actually targeting us. He didn’t try to ricochet the bullets of the ground – one tactic – he pointed the gun DIRECTLY AT ME. I actually got hit 7 times with rubber bullets and many with batons. My boy has stitches. #DEFUNDPOLICE

Washington related to Sampson’s feelings of anxiety, noting that mental health in the Black community is particularly impacted by the recent events involving the killings of George Floyd, Ahmaud Aubrey, Breonna Taylor, and so many others, not just because of the injustices these deaths represent, but also because of the decades of systemic racism and inequality that the Black community has faced in the U.S. (Related: Tools to Help You Uncover Implicit Bias—Plus, What That Actually Means)

“For marginalized communities, Black folks, indigenous folks, there is generational trauma,” explained Sampson. “There is trauma that hasn’t ever been addressed. We haven’t ever had a point in history where we’ve been able to deal with the trauma of slavery, genocide, and such.”

It doesn’t end there, continued Sampson. Jim Crow laws (and the racial segregation they enforced), the prison industrial complex, and policing have all been a “continuation of that legacy” of systemic racism, which has led to generations of trauma, he said. “[This type of generational trauma] informs the way we raise our kids,” he added. “It informs the way we have our interpersonal relationships, how we deal with other communities.”

There’s no denying that, compared to white people, BIPOC folks experience an increased rate of mental health concerns, including anxiety and depression, according to an article from Thomas A. Vance, Ph.D., a mental health clinician at Concierge Psychology and psychology teaching fellow at The New School for Social Research. In part, this disparity is “related to the lack of access to appropriate and culturally responsive mental health care, prejudice, and racism inherent in the daily environment of Black individuals,” in addition to the generations of trauma already inflicted on the Black community, wrote Vance. “Moreover, given that the Black community exists at the intersection of racism, classism, and health inequity, their mental health needs are often exacerbated and mostly unfulfilled,” he explained. (Related: How Racism Affects Your Mental Health)

In his conversation with Washington, Sampson speaks to Vance’s sentiment about the lack of proper mental healthcare for Black individuals: “[There] hasn’t ever been a culturally competent, trauma-informed mental healthcare system or even a system of practices that is cultural and accepted and encouraged in our communities,” shared Sampson.

Unsurprisingly, high-profile police killings of Black individuals often exacerbate these existing mental health issues. Research suggests that police killings can have a measurable, population-level impact on the mental health of Black Americans. More recent data gathered by the online student learning platform, StuDocu showed that, in a survey of over 100 adults aged 18-32 (including BIPOC and white people), nearly 60 percent said that their mental health has been impacted by recent racial tensions in the U.S.

Bottom line: The fight for racial justice is an important one, but there’s no doubt it can also be mentally draining, especially for the Black community. With that in mind, it’s crucial to treat this fight as a marathon, Washington said in her video with Sampson. “Getting this country to where it needs to be is not going to happen overnight,” she explained. “So we have to be taking care of ourselves in the process.” (Related: Kerry Washington Made a Brilliant Comparison Between Therapy and Personal Training)

Sampson also said he finds it helpful to be part of the BLD PWR community, where he can surround himself with people who support him. “Being with a community that accepts you for who you are, understands you, can hold you accountable—a lot of the time, that’s a great place to express your rage,” he told Washington.

Ending the conversation, Washington reminded viewers to prioritize their wellbeing not just now, but consistently as they continue participating in this movement. “Please, everybody, take care of yourself and then work for justice for others,” she said. “Do both, because the justice work will make you feel better, and feeling better will make you a better freedom fighter.”

To support BLD PWR, head over to its website to donate.

If you or anyone you know in the Black community has been struggling with their mental health, here are a few resources that could help:

Therapy for Queer People of Color