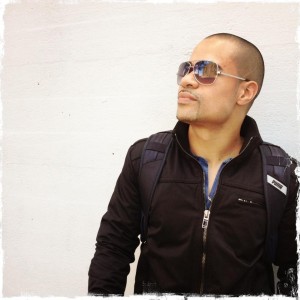 Racial justice activists who have been working on divesting Hollywood from police ties and pushing the industry to invest more in Black creators say that there hasn’t been meaningful follow-through after they raised anti-racist demands and took meetings with industry leaders last year. Instead, the group says, the industry’s initial efforts lost momentum during the 2020 presidential and congressional elections, and haven’t picked back up since.

One year after activist group BLD PWR released the “Hollywood 4 Black Lives” letter signed by industry heavyweights including Tessa Thompson, Tiffany Haddish, Cynthia Erivo, Jodie Turner-Smith, Jurnee Smollett, Effie T. Brown and Kasi Lemmons, among others, “the entertainment corporations and institutions targeted by the letter have yet to offer meaningful progress,” BLD PWR says in a new statement sent to The Hollywood Reporter, timed to the one-year anniversary of the letter.

The group, a nonprofit collective co-founded in May 2019 by Kendrick Sampson, Mike de la Rocha and Tia Oso, has been advocating for companies to meet several demands outlined in five categories in the letter. Demands include that studios stop using police on set or at events; cease producing stories that elevate “police brutality and corruption” or are anti-Black; invest in anti-racist content; hire and retain Black professionals at all levels; and support Black-owned and -led businesses. So far, “zero [demands] have been met,” the organization says.

“We’re done asking,” Sampson adds in a statement. “The few changes that Hollywood corporations have agreed to are inadequate as they have failed to meet the demands of the liberation movement that brought us here.”

The group came to this conclusion in the aftermath of a series of meetings with major studios, agencies and other industry companies last year. BLD PWR says it initially made some headway with particular studios on separating from police unions, as well as removing officers from sets. The group even presented a plan for ending police presence on sets to over 300 industry members (where some raised the question of government regulations that require law enforcement or government representatives to be on location in certain situations). But those conversations dwindled around the 2020 presidential and congressional elections in the fall, when priorities shifted, and haven’t picked up since: “As a result, we felt they abandoned their commitment to addressing our concerns,” the group says in their statement.

In the aftermath of its June 2020 letter, the group says it also held “brain-trust” meetings with union leaders, talent reps, production companies, studio representatives and stars to identify pain points when it comes to improving equity in Hollywood and monthly working groups with union members, networks, production companies and talent reps to discuss the particular needs of individual below-the-line roles. BLD PWR adds that it has been measuring progress on its Hollywood letter’s five demands by tracking the hiring of senior-level Black executives, divestment from police groups, spending on police and remaining ties with police unions. BLD PWR has also partnered with civil rights nonprofit Color of Change, which produces reports on representation in entertainment projects.

“Meaningful, transformative change is as important at this moment as it was last year when millions of people took to the streets around the globe,” co-director of Black Lives Matter Grassroots and Cal State L.A. professor Dr. Melina Abdullah says in her own statement. “Symbolic and performative gestures must give way to substantive change in Hollywood, which can also be a model for a wider reimagining of public safety.”

During the summer of 2020 and the immediate aftermath, some entertainment companies made content shifts in response to the cultural moment — the reality shows Live PD and Cops were both canceled, for instance (the latter show was back in production last fall to deliver on promised episodes to international territories). Several major studios and platforms touted diversity efforts or new investments in marginalized communities, such as Disney’s Onyx Collective and the #YouTubeBlack Voices Fund. Members of unions like the WGA East, IATSE, and SAG-AFTRA began grassroots efforts to separate the organized labor federation AFL-CIO, which represents several entertainment unions, from a police-only union in its ranks (those efforts have not yet succeeded).

But BLD PWR says this is far from enough. “We should all be committed to building an entertainment industry that actively engages in sustainable change [and] that promotes equitable progress within the community of its most talented and often marginalized creatives,” Black Costume Designer Alliance founder Monique Lauren Peters says in a statement. “If you are going to invite us to the table, make sure you ask us what we want to eat.”